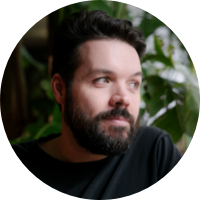 Music may begin in the studio, but getting that music out into the world can be a complicated process, especially once labels, mixing and mastering engineers, distributors, publicists, journalists, publishers and all the other links in the chain get involved. Before any of these entities can do their job, they have to be sent the music, and while sending music may sound simple—especially in a time when most aspects of the industry have gone digital—there are seemingly countless options for delivering audio files, and they’re anything but identical.

Most music professionals have their own preferences when it comes to sending and receiving files, but the landscape is so varied that fluency in multiple platforms has become a mandatory aspect of the job. When asked how files usually find their way to him, producer and Mixpak label founder Andrew Hershey (a.k.a. Dre Skull) says, “It’s really all over the place,” before listing, “files, Apple Music, Spotify, Tidal, YouTube, Bandcamp, SoundCloud, Dropbox, iMessage and Notes.app.” It’s telling that so many streaming platforms are on the list, as they indicate how much the growth of streaming has shifted even the behind-the-scenes machinations of the industry.

“Generally I prefer a stream,” says Hershey, “so I have it with me on my phone wherever I am without loading it into the cloud.” Miles Anzaldo, the Music Director at Los Angeles radio station KROQ, feels similarly about the music he’s sent. “I prefer to stream it, and if I like it, then I need a WAV,” he explains. “Having a WAV or MP3 right off the bat is just clutter.” It’s a sentiment that’s shared across numerous sectors of the industry and seems to be especially common amongst anyone whose work requires screening or auditioning large quantities of music. Alison Moses, a Los-Angeles based music supervisor with Aperture Music, receives hundreds of songs a day, and before the pandemic hit, she used to go through submissions by listening to Spotify during her commute. “Since 2011, I’ve been keeping a monthly Spotify playlist of music that I hear and like,” she says. “As soon as I hear something I like, I’ll throw it on this playlist and forget about it.”

The convenience of streaming is hard to deny, but it doesn’t work for everyone. “I’m a file downloader,” says Australian DJ, producer and radio presenter Nina Agzarian (a.k.a. Nina Las Vegas). “I need that stuff. I’m not quite ready to put everything in the cloud.” Her sentimentality is shared by many industry professionals—especially those whose careers pre-date the streaming era—but her desire to actually have the digital files is also rooted in practicality; as a DJ, she quite literally needs the digital files to play gigs. Perhaps that will change if streaming-based DJ applications such as Beatport LINK become more widely accepted, but for now, most artists are still showing up at clubs with fully loaded USB sticks.

Given that, it’s not surprising that multiple music-delivery platforms appear to almost exclusively target the DJ market, especially because securing support (or, even better, club and/or radio plays) from prominent DJs is often a key aspect of pre-release promo campaigns. As such, many DJs (and dance music journalists) are inundated with music sent via platforms such as FATdrop and Inflyte, which provide recipients with both streaming and download options while also allowing senders to track who’s opened the promo email and how they (theoretically) feel about the release. To that end, recipients are often required to rate the music, pick a favourite track and leave a comment in order to unlock the download button, and while that guarantees some level of feedback, the quality of that feedback isn’t always comprehensive. “Everything is just a heart and a download,” says London-based DJ and producer Dwayne Parris-Robinson (a.k.a. Parris). Philip Sherburne, a contributing editor at Pitchfork and the co-host of the Lapsus program on Spain’s Radio 3, adds, “When I’m going through emails, I’m trying to get through them as quickly as possible. When it’s a FATdrop link or something like that, if I’m listening at all, I’m listening to the first 30 seconds of the first two tracks to be like, ‘Yeah, this is cool,’ and then I just download it.”

Faced with a barrage of daily emails, many music journalists are in the same boat, which can make it extremely difficult for publicists to cut through the noise. “I usually will have to follow up with a writer four or five times before I get a response,” says Terra Lopez, a publicist at Terrorbird Media. In order to provide more security, her company delivers music to journalists and radio stations via the PromoJukeBox platform, which adds digital watermarks to its promos and tends to be more popular with larger labels that are concerned about preventing pre-release leaks. Hershey, who’s worked with stars like Snoop Dogg, Vybz Kartel, Popcaan and Wizkid, says, “When it’s time to send to journalists or others outside the music makers or label, we generally use a watermarked streaming promo service, so we can feel more confident in sharing an important project where it could be devastating to a rollout if the music leaked.”

There are several more music-delivery platforms out there, including Disco, Haulix, PlayMPE, Label Worx, Label Engine and (of course) Byta, all of which have their own advantages and disadvantages. When it comes to major labels, many of them have also developed their own platforms, much to the annoyance of the professionals who have to interact with them. “My least favourite way of receiving music,” says Aperture Music’s Moses, “is when a label has their own proprietary site that doesn’t work and has its own login that you can never remember the password to.” Isabela Raygoza, a journalist who specializes in Latin music and also curates playlists for SoundCloud and other mainstream streaming platforms, comes into contact with these major-label platforms quite often, and while she understands their need for security, she finds the interfaces frustrating. “I would prefer direct access to the song, instead of having to click through a bunch of confidentiality notices,” she says.

Even if security wasn’t an issue, major labels have less of a need to worry about optimizing the file-delivery process these days. “As the world moved more from digital downloads to streaming,” says Hershey, “the function of promo was less vital because anyone can more or less stream a record for free when it drops. Outside of getting records to DJs who might play something pre-release in a way we want to have happen, there’s less of a need to deliver files.” When he does need to deliver files—for instance, for mixing and mastering purposes, or just to send something to a trusted confidante—he uses Dropbox, taking a more personal, direct approach that’s very common across the industry.

Platforms such as Dropbox, Google Drive and Box are primarily used for cloud storage, but they also allow for the easy creation of links that can be shared with colleagues. Dropbox is what Parris-Robinson uses to keep his files organized, and it’s also the easiest way for him to send out promos, as he’ll simply prep a Dropbox link with three different folders—one each for WAV, AIFF and MP3 formats. “I like to give people the option. You have the best of everything, so feel free to just choose the one you really need,” he says. Agzarian takes a similarly personal approach, partially because many of the music-delivery platforms are too costly for a small, independent operation like her NLV Records label. “They’re really expensive for me,” she says. “I can’t justify it. We don’t make enough money.” Instead, she sends out Dropbox links via an email list that she’s spent years curating.

Of course, there’s no “correct” platform for everyone. WeTransfer offers quick and easy drag-and-drop file sending, but hasn’t been optimized for streaming previews. Folks who like to stream often appreciate SoundCloud, which allows senders to share private links and also turn on downloads, but the platform’s lack of a “download all” button can also frustrate recipients, especially when a release has a long tracklist. Some artists and labels use Bandcamp to generate individual download codes, and while that’s a bit more involved (both to send and receive music), recipients such as Pitchfork’s Sherburne don’t mind the extra effort required. “I like it when people send me stuff via Bandcamp,” he says, “because I can download it in high quality and it’s also available there for me to stream. And if I like it enough to put it on my hard drive, then people can see that I did that. I get a lot of emails saying that people purchased something because they saw it in my collection.”

Those are just a few examples, and the popularity (and functionality) of different platforms often rises and falls over time. When music supervisor Moses needs to send material to showrunners, writers, directors and editors from the film and television world, she says, “Usually they will want a Dropbox or a Disco link so they can preview the music, and if they like certain songs, they can just download them then and there.” In the pandemic, however, she’s seen a shift, especially as two of the shows she works on have relocated production to Hawaii; now that the shows’ principals are spending a lot of extra time flying back and forth, they’ve begun requesting Spotify playlists they can digest on the plane.

Although Moses herself tries to be flexible about the music she receives, she also admits that she knows “a lot of music supervisors who say, ‘If you send me files in a way that I don’t want them, then I’m deleting them and won’t listen.’” Most music professionals hopefully aren’t that harsh, but her observation does underline an important reality of the music industry: how files are sent can sometimes be almost as important as the content of the files themselves.