Funny old question, that. Until June 2020 I was in New York where I’d been located for three years. However, that tricksy old pandemic forced me to return to the U.K. – I’m a Brit – and I’ve been stuck in darkest Cornwall ever since. Prior to New York I was ten years in Sydney, so I guess I now have ears in three different continents.

Currently I wear several hats. As Editor-at-Large for Australia’s Limelight Magazine, among other things I curate their monthly recorded music reviews (CD, DVD, streaming etc.). I also review classical music and opera recordings – as well as live events – for Musical America (where I am their Directory Features Editor) and for Opera News.

As a freelance feature writer and critic I also work for other publications, most recently Steinway magazine and BBC Music Magazine.

Right now I’m listening to an old 1965 recording of Stravinsky conducting his Pulcinella Suite – wonderfully lively, though always questionable as to how much of these recordings was Igor and how much was Robert Craft.

I’ve just finished listening to a 2001 recording of Strauss’s opera Die Ägyptische Helena – fabulous performances, but not exactly his strongest work despite a singing mussel and a chorus of elves! Any minute now I’m about to start on the Berlin Phil’s complete Mahler symphonies – seven different conductors captured over ten years. Most curious to hear Kirill Petrenko’s take on the Sixth.

To be honest, much of it is pitched to me in my various capacities as curator and reviewer – labels, PRs, composers, musicians, and even conductors. Before the pandemic put paid to live performances I was an avid new music attendee at places like National Sawdust in Brooklyn and anywhere else that included it in their schedules – even Carnegie Hall and the NY Phil did some new stuff, and sitting in with a vodka tonic at the NY Phil’s Night Cap series curated by living composers was one of my favourite things to do in New York. Online, Bang on a Can has kept the new music flame alight with four curated marathons to date.

Back in Australia there is always loads of new music – it’s a growing concern with refreshingly perhaps more women than men making their mark. Companies like Sydney Chamber Opera, Ensemble Offspring, and even the Sydney Symphony back when David Robertson was the chief were great formats for discovering new stuff.

Blog-wise I read Steve Smith’s incredibly comprehensive Night After Night – it’s a bit of a bible.

I still get sent a lot of CDs for review, though most companies now offer downloads. You’d be surprised at how valued the CD format still is by some record labels – mostly for hifi purposes. Also, I’m oldskool, which means I’m a collector from way back. That means I still buy CDs where they are a) cheaper than downloads or b) not available in any other format. I’m not a hifi addict and so I have never really hankered for vinyl. And cassettes? Does anyone still buy them? I always hated them.

I also hate streaming services because of the effect they have on people’s enthusiasm for personal exploration. Too often the algorithms do the work for you, and where’s the fun in that? Discovering new music by trial and error, following composers, and making your own connections is what it’s all about. I have a personal curated collection that fills over 3TB on a hard drive and there’s nothing there that I haven’t bought, listened to, and considered whether to keep or lose at some time over the last 40 years.

“Too often the algorithms do the work for you, and where’s the fun in that? Discovering new music by trial and error, following composers, and making your own connections is what it’s all about.”

I listen almost 24/7 – at home (which currently is also at work), on the subway, bus etc. or walking down the road, in the park, or currently on the beach. The last music I listen to in bed is always a special treat – mostly because there is nothing to interrupt me – and I really do anticipate that. I listen both on my iPhone with AirPods Pro which recently replaced my Bose non-wireless headphones, and via my laptop with a pair of Bose desktop speakers and a subwoofer. I’m happy with all that in terms of sound quality.

As I said, most of it is sent to me ahead of release by labels, PRs, and the artists themselves.

I may be oldskool as a collector but I’m newskool as a listener. Going digital eight years back allowed me to clear out an entire room of increasingly manky looking CD racks – we are talking 10,000 discs – and I’ve not looked back. It more than outweighs any sound quality issues, of which there are few to my mind. All my music ends up on iTunes – either ripped from disc or uploaded from downloaded files. I’m happiest with .wav format if that makes sense and not really bothered by compression issues. One grouse is Apple’s increasing tendency to abandon the old iTunes format and just focus on Apple Music. I have no interest in the latter and am endlessly annoyed when the look and function of my personal library changes without my say so, invariably for the worst.

I used to work in, and ultimately ran, a music store where cataloguing was crucial. As a result, I’ve adopted my own filing system. It’s laborious as iTunes has never really understood classical music and I have to reformat nearly everything I acquire, but my library is very clearly organised – at least it looks that way to me – and I can find anything at the press of a button.

Mostly through reviews. I really do believe that my primary function as a reviewer is to say “hey, this is awesome, you really have to hear it”. Also, as a curator, I do get to ignore what isn’t interesting and focus readers on what I genuinely recommend they try.

“I really do believe that my primary function as a reviewer is to say ‘hey, this is awesome, you really have to hear it’”

My favourite classical labels are the ‘boutiques’ – I hate that word – like Hyperion, Chandos etc. but I get special pleasure from some of the ‘niche’ labels (another horrid word) like Opera Rara. For new American music, my favourites would include Cantaloupe (the Bang on a Can house label), New Focus Recordings, and especially Bright Shiny Things. In Australia there are far fewer actual labels with many ensembles and composers self publishing. Bandcamp these days is increasingly the go-to place for those hungry for new music. 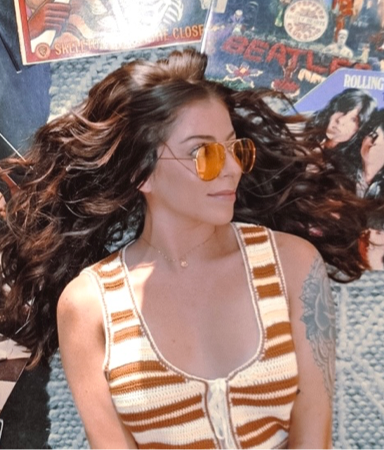