I just came across that Kadhja Bonet album Childqueen last week and it was a mind-blowing and truly wonderful surprise. Noname’s new record Room 25 is great. I have listened to the Zuider Zee reissue Zeenith more than my fair share over the past year. The Beatles White Album reissue lives up to the hype.

Sometimes I just let Spotify run after an album plays through and once in a blue moon, the algorithms work their magic and find some gems. I pay attention to what local stores like The Record Centre and Birdman Sound are carrying, watch friends’ feeds for recommendations, pay attention to show listings and emails from promoters of bands coming through Ottawa/Montreal/Toronto. I hear about new music from the artists we work with and their teams, and listen to good ole fashioned radio…campus-community stations like CHUO and CKCU and also CBC. I am a dinosaur type of person that still prefers to listen to albums front to back, so adjusting to the streaming universe has been difficult. I love the buffet but I miss the user interface and layout of Rdio.

Streaming first because it’s in my car / office / phone but a lot of vinyl at home (somehow I won the battle and got to put the turntable in the dining room). CDs in the car sometimes, but rarely.

Music is always on everywhere we go, at home and at work, unless we’re listening to the news. Life has a constant soundtrack, though some moments of silence are nice once in awhile.

I’m emailed albums a lot, or bug the labels we work with to send streams of other albums they have coming up when something piques my interest. It’s always a privilege to get to listen to things long before they’re released, definitely my favourite part of working with our artists…hearing songs come together from the demo stage to the final version on the album. That’s the magic for me.

I really hate the way the algorithms take over…my son loves to DJ in the car, so Spotify thinks I’m a massive Imagine Dragons fan, and a good chunk of my “new releases” are garbage. The fact that singles aren’t identified as such drives me bananas…I’ll spend five minutes trying to find an album to play, only to have to do it again when the song’s done. Like I said, I miss Rdio….it had a nice mix of algorithms and friend interaction, and more often than not, music I cared about seemed to bubble up to the front page. I can’t believe one of the DSP’s hasn’t come up with something better over the past three years since Rdio’s death. That said, keeping tabs on what’s coming out, getting to sample a panoply of new releases in one click…it’s pretty nice.

Save the album to my Apple Music or Spotify profile; add it to my Discogs wish list or just buy it on LP in a store.

I try to. The “college radio music snob” part of me still likes to start sentences with “Have you heard this band yet?” There are small groups of email chains with certain friends to keep tabs on what each other is listening to. But a lot of word of mouth, I’d say…

I guess the latest management project is the Foxwarren (ANTI- / Arts & Crafts) Self-Titled LP, so go give that a spin.

Music is always on everywhere we go, at home and at work, unless we’re listening to the news. Life has a constant soundtrack, though some moments of silence are nice once in awhile. 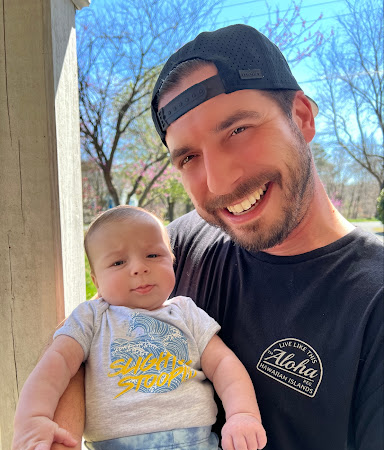